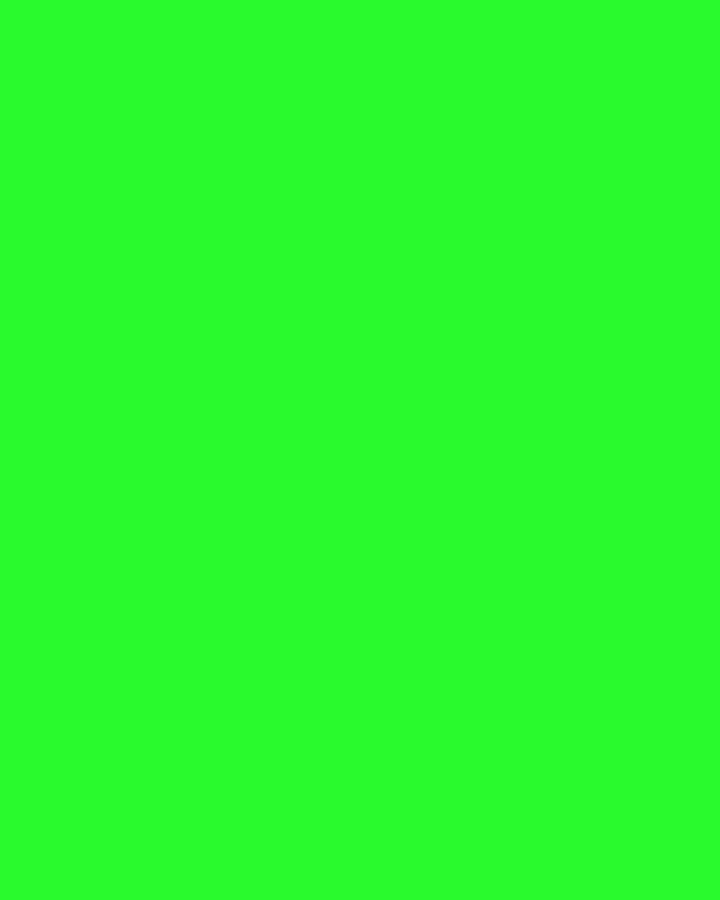 The release of Pentakill’s second album demanded an event that would shake the very core of the interactive music industry. Something to energize fans and wake up the rest. While designing and animating the entire marketing campaign for the big release, we began to develop an ARG event that would bridge the gap between the marketing posts and the main interactive event and ultimately trick fans into summoning the apocalypse on Pentakill.

For a detailed look at the marketing development, check out our Pentakill Album Launch Campaign Case Study.

Coming up with an engaging ARG starts with a story and luckily for this campaign, the story arc was in solid shape. The culminating goal with the ARG was to trick fans into helping Viego solve a series of riddles that would consequently grant him ultimate power. To get from point A to point B meant building a 4-day social puzzle game that let fans uncover story beats and expanded universe details.

Many of the riddles found in the ARG were a mix of traditional language riddles and modern day technology usage. We wanted to surprise fans with riddles that would reach beyond the Pentakill universe and bridge into our world. Alongside Riot, we created audio riddles used in video assets, answering machine messages, and cryptic website buttons. These audio components were constructed with the Pentakill team to sound authentic to the band and also add another layer of complexity to the puzzles. 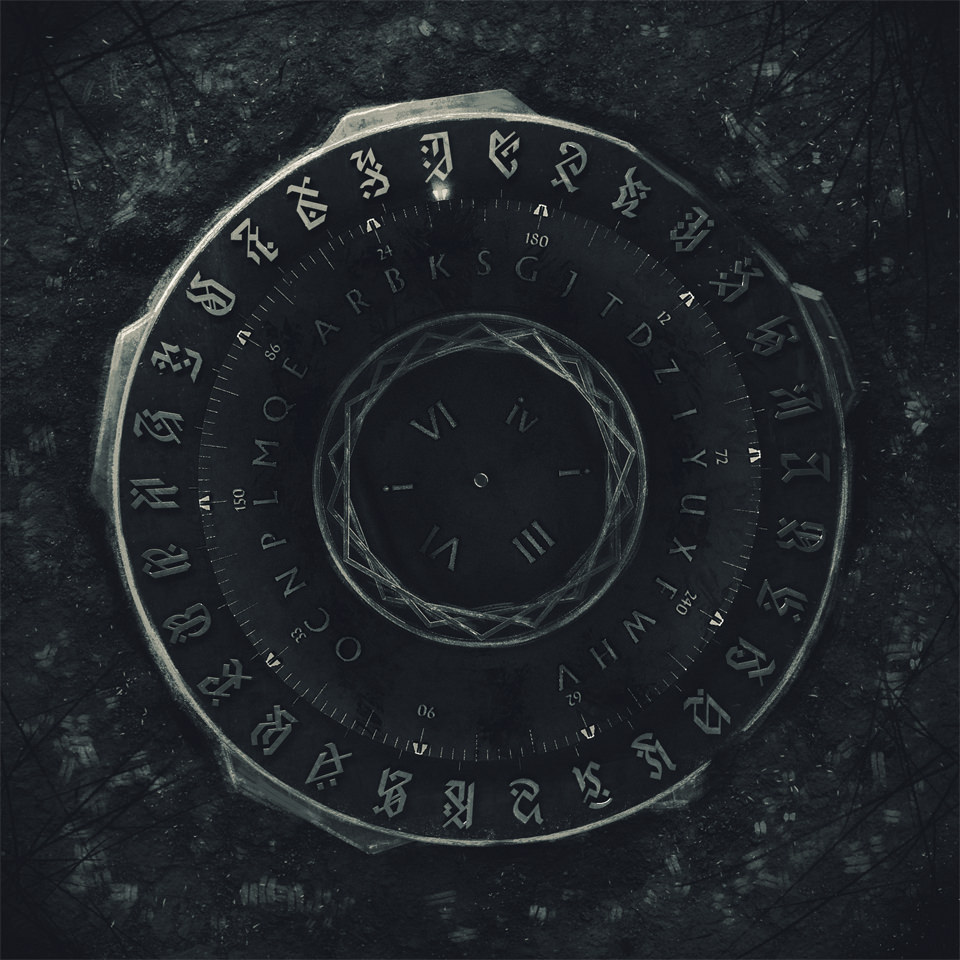 A core element to the ARG was the Cypher Wheel. On day 2, fans were able to construct this enigmatic device by assembling a collection of 9 images dropped throughout the day on social channels. Once assembled, the wheel revealed an ancient glyph language and a familiar alphabet. All fans had to do next was figure out how to align it. To do so meant solving the puzzle on day 3 by using any basic graphics program to rotate the inner wheel so the number 150 aligned with the outer illuminated bracket. Once complete, fans were able to go back and decipher the glyphs embedded into a series of social assets and solve one set of glyphs that would lead them to their ultimate doom. 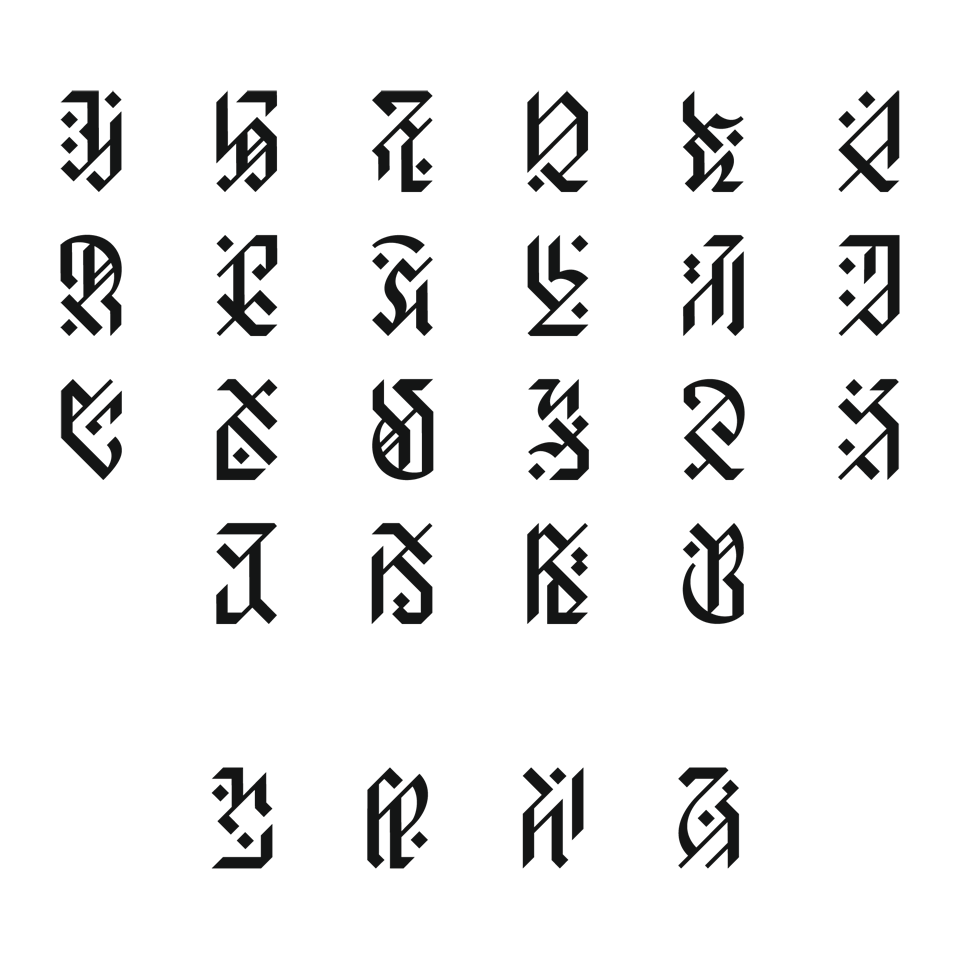 Language of the Gods

The ancient language was a custom font we created specifically for the ARG. The styling was inspired by a combination of the Pentakill logo with language we had established in our marketing assets and musical annotation. If you look close, you can make out quarter notes, eight notes, clef markings and various other musical signatures. This font was employed within ARG content, riddles, and other marketing elements to build a collection of assets fans would dig back into and solve once the Cypher Wheel was introduced as a means to decode them. 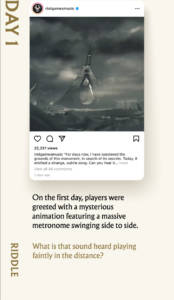 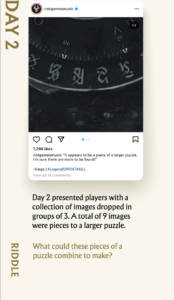 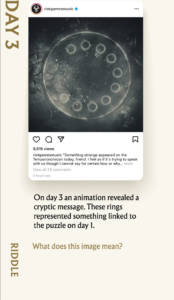 When fans had finally gotten to the conclusion of the 4 day event, the last puzzle was a deceptive dead-end. With the Cypher Wheel solved and working, fans weren’t given anything to solve at first, but were instead told to look back and find the answers. The answers lay within marketing assets released the week prior, which fans could now decipher. On the last day, one asset in particular was brought back to the forefront: Viego’s tarot card. The card contained glyphs that wrote out “Mutaris,” which fans were forced to decode without help or hints. After a day of fevered discussions and pleas for help, one clever live streamer and his audience figured it out, they had unlocked the path to an online site.

Mutaris.riotgames.com took fans to a microsite that featured the 3 buttons of the gods, each with a sample from the final album. Once all buttons had been pressed, they were shown the final, ultimate betrayal. To their surprise, they helped Viego achieve ultimate power. A lesson learned in blindly trusting a mysterious dude wearing white pants that were WAY too tight on him. 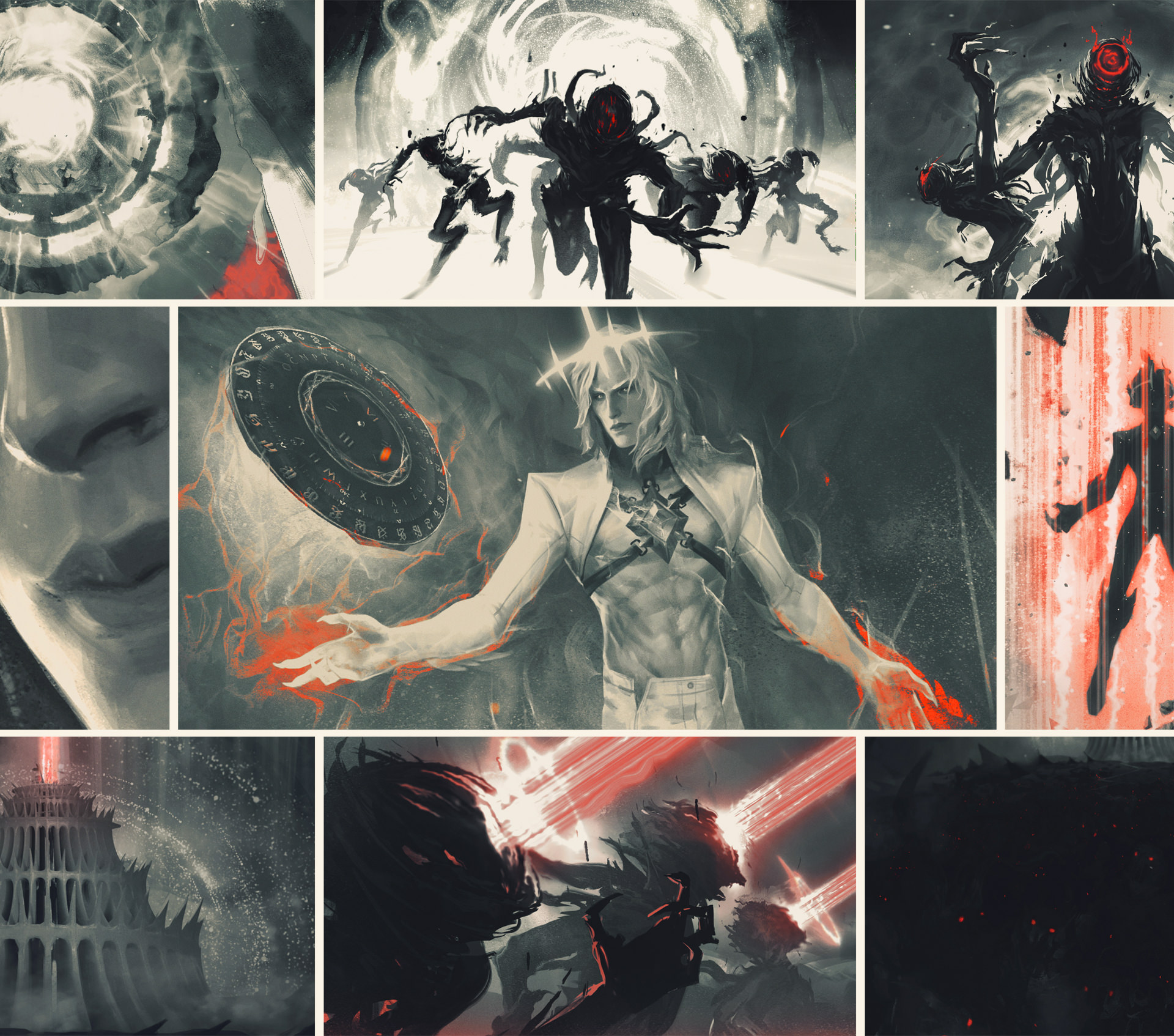 Did not see that coming…

Viego’s Betrayal sealed the fate of everyone involved in the ARG and set up the epic battle to go down at the interactive event in just a few days time. It was at this moment that fans were informed of their inadvertent assistance in Vieog’s apocalyptic endeavors. There was no turning back now, just a motivated realization that only one group could put a stop to this madness. 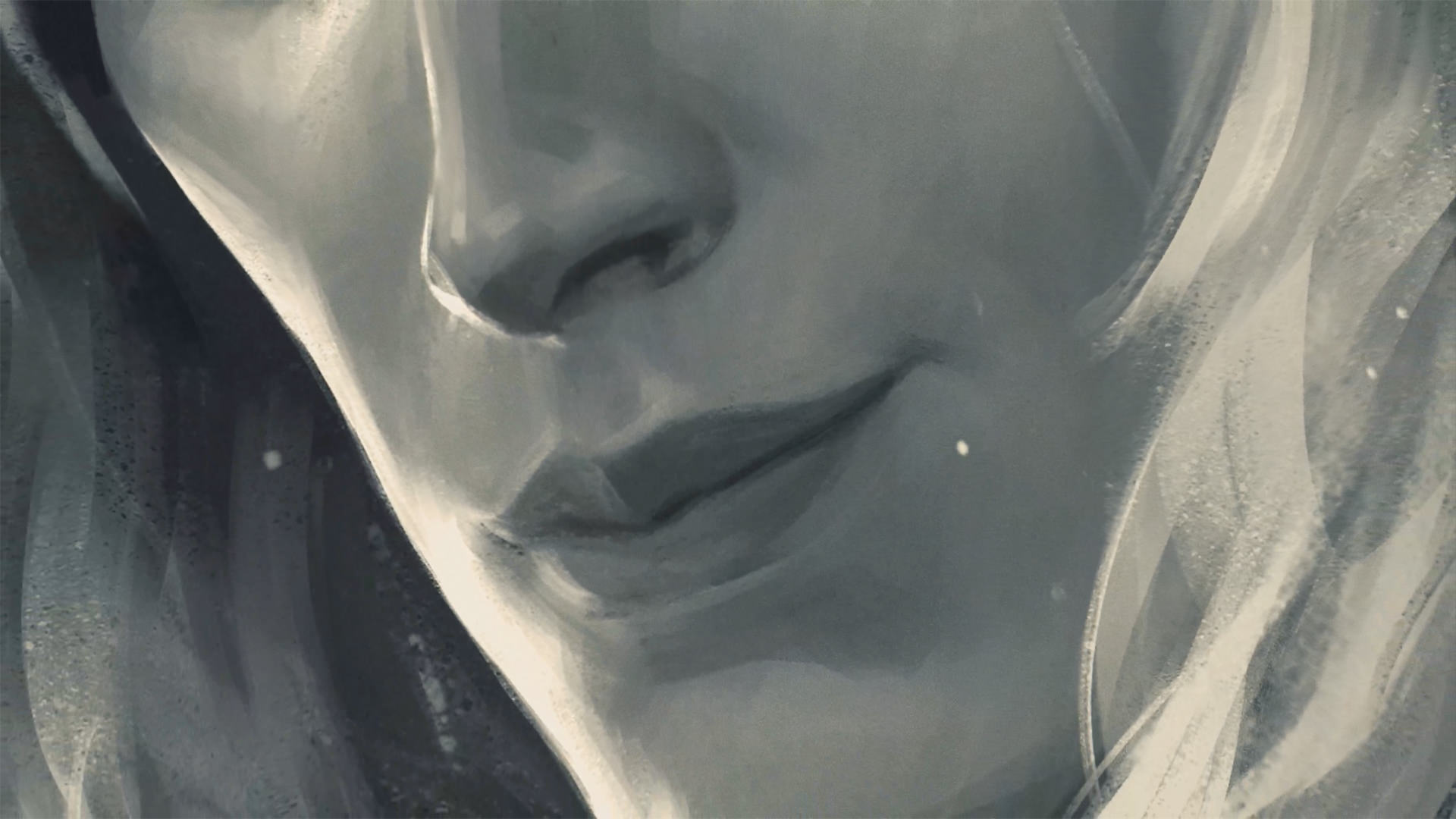 Pentakill’s ARG component drew fans in with its intrigue and mystique, with many attempting to decode the clues hidden within its series of puzzles. While most fans were left stumped and begging for help, a live streamer and his audience unearthed the truth behind the riddles and unlocked the ultimate doom: Viego’s ascension to almighty power. And with that, the Battle of Pentakill begun marking a new era in the fight for the soul of metal.

“The over-the-top scenery and effects [made] it one of the most true to form metal experiences I’ve ever had.”

666 monsters unleashed from
the depths of destruction