Selling Cars with Ninjas and Spaceships 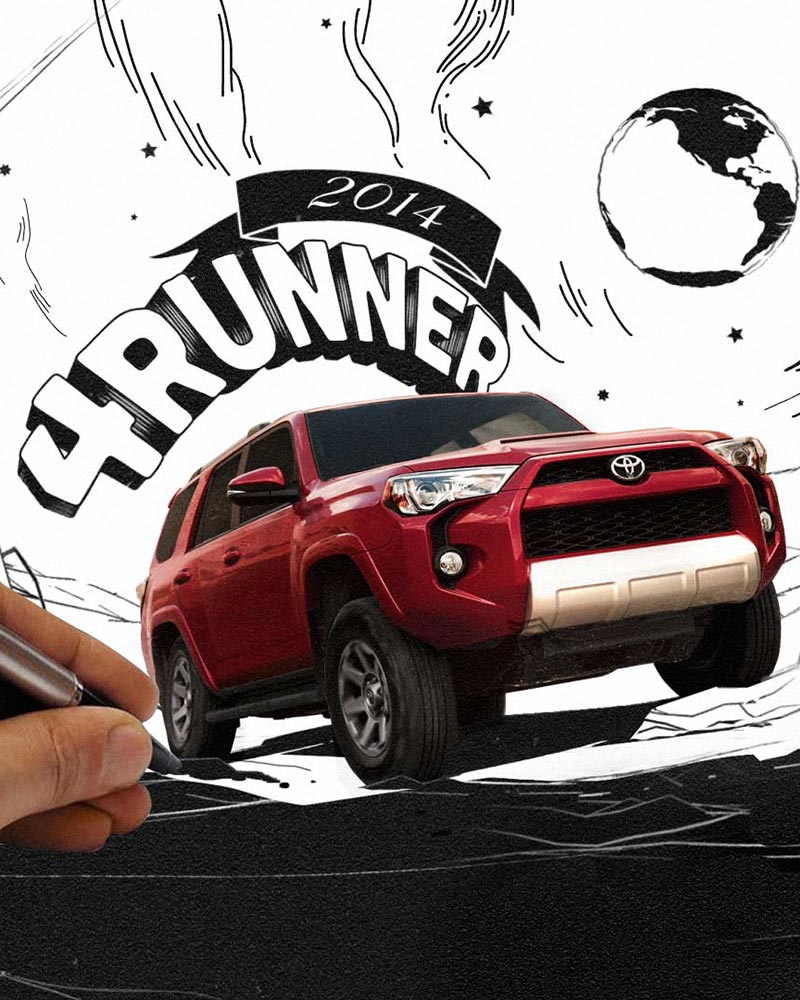 This Isn’t Your Typical Product Demo

Need a video to describe an active blind spot monitor? Typically, you’d render a CG car driving down a boring road with some traffic on either side or something… probably throw an x-ray shader on the car to highlight the tech. Not this time. This time we’re talking Sasquatches riding the Lock-Ness Monster down the highway next to you.

The team at Saatchi & Saatchi wanted to bring some levity to the traditional product demo, have some fun with it, and produce a series of 15 second spots that highlighted features of Toyota’s lineup in an entertaining way. 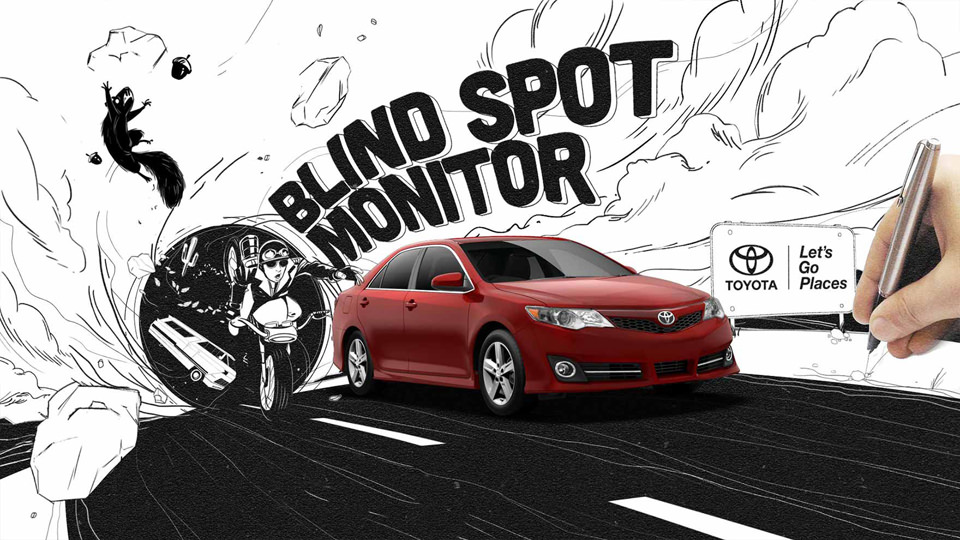 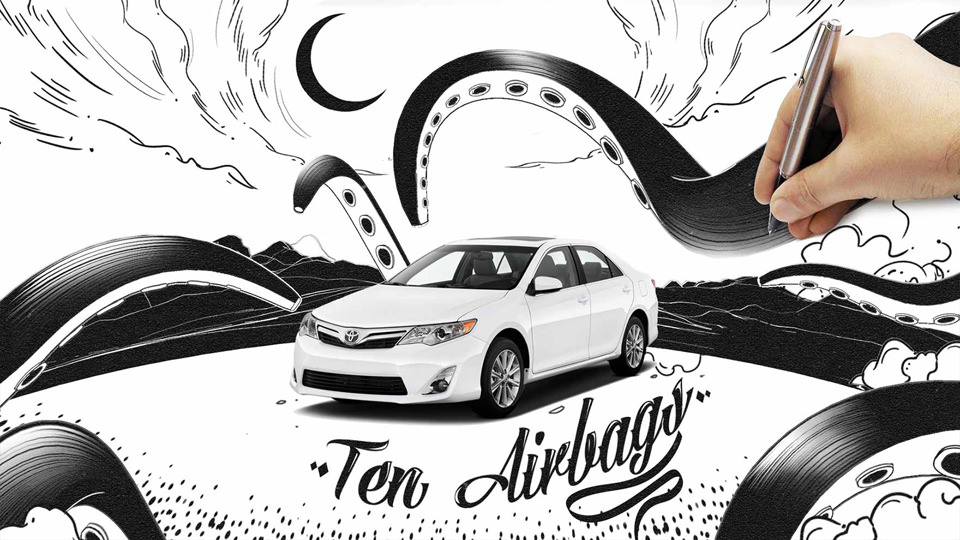 The Road to Absurdity

We promptly went down the road to absurdity, as we do most of the time. People have a general understanding of how these features work, so we didn’t need to educate them on the technology. We needed to build a visual metaphor that attached those features to Toyota’s lineup.

Each spot featured a single specific feature. Our job was to create an entertaining 15 second narrative surrounding that feature using a single production image as our only asset. Because the image of the car was a still, we decided to orchestrate an entire animated illustration around it as our central element for the composition. We decided the narrative would play around the car. 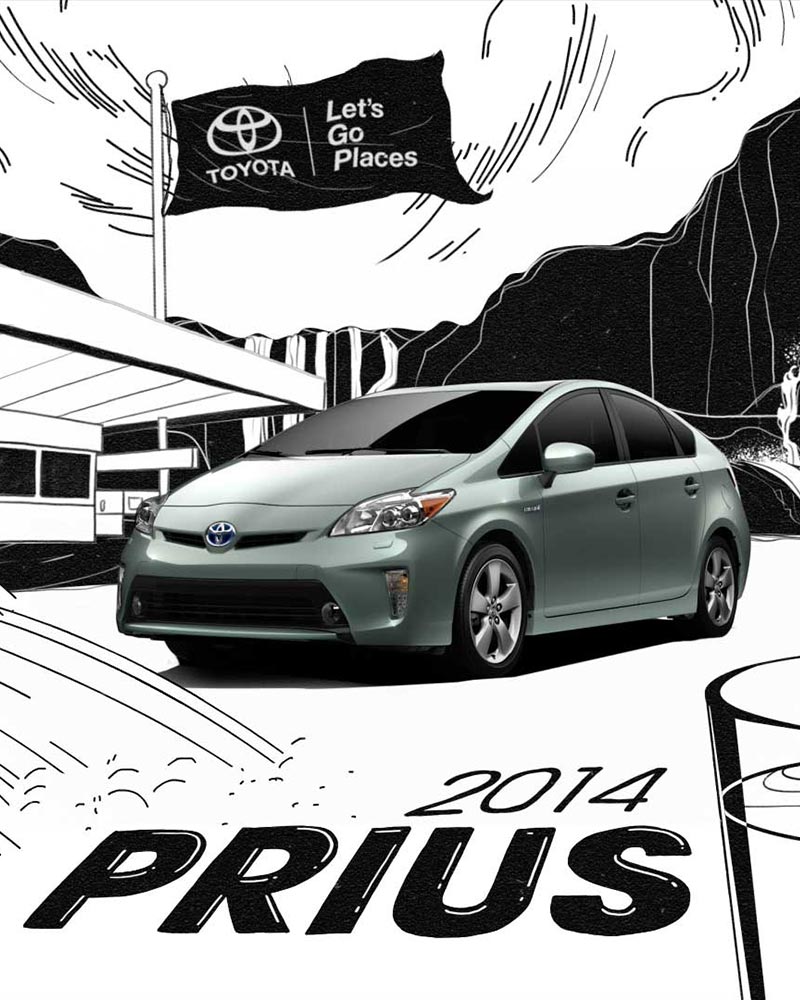 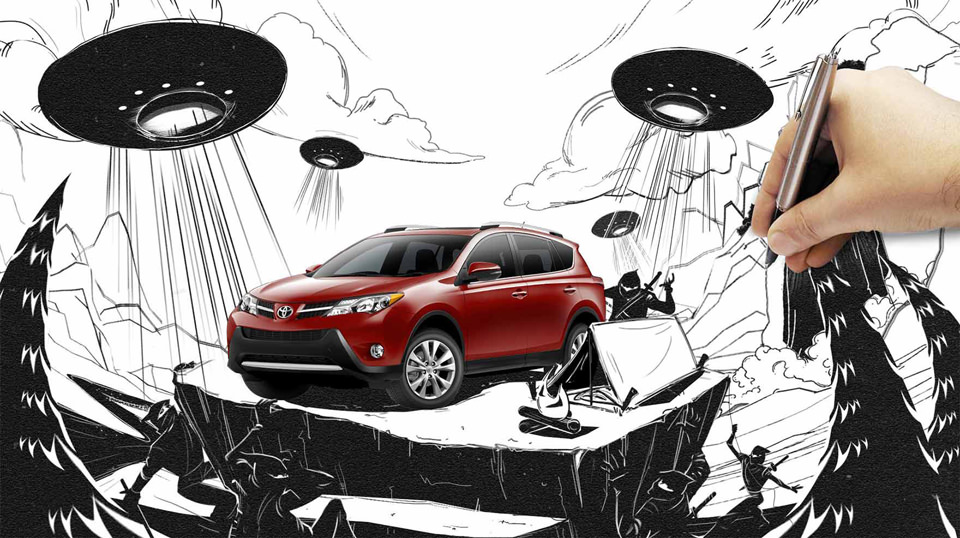 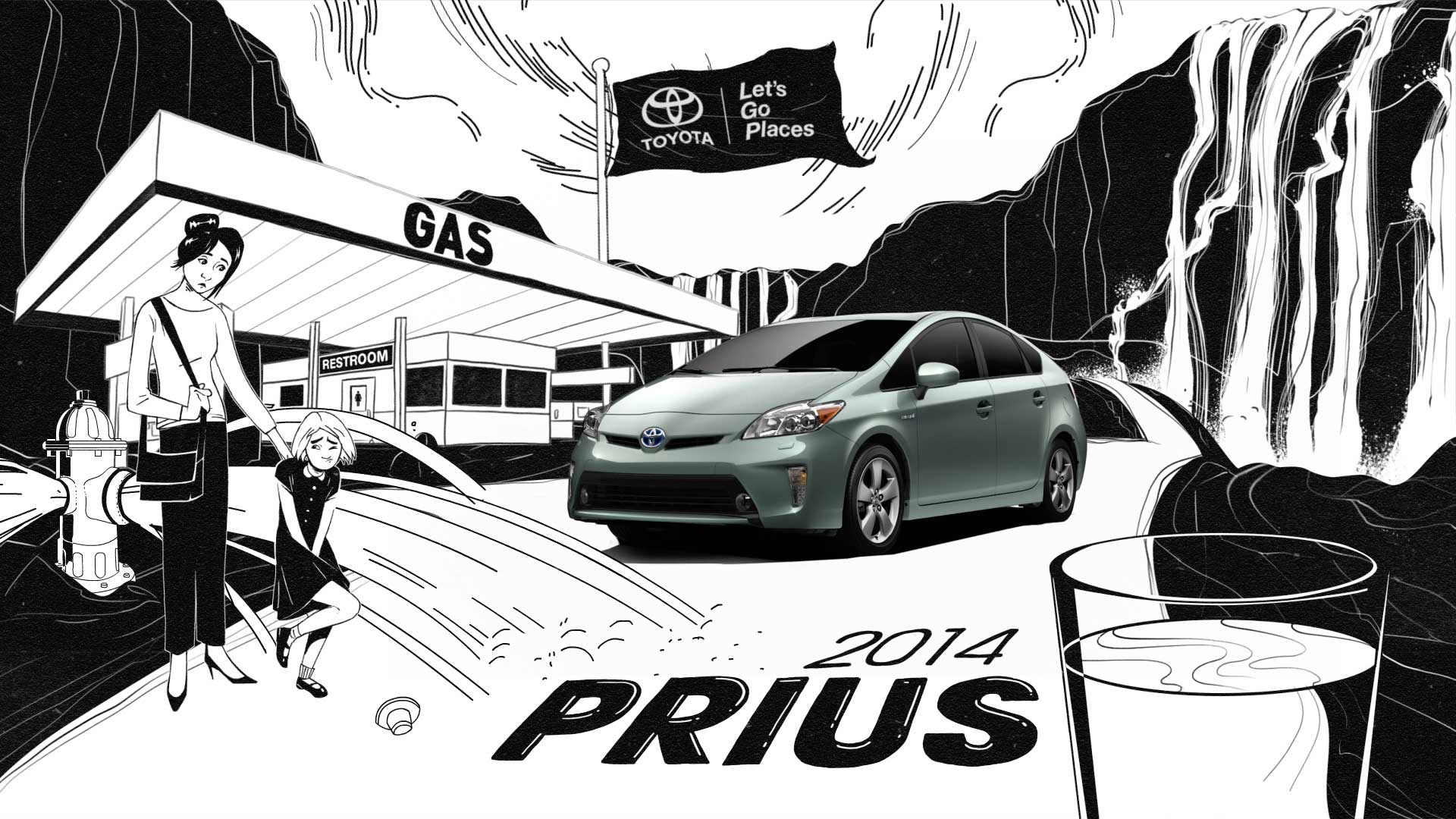 25,168,732 Completed Views Across All Vehicles. We’d Humbly Say This Kind of Worked Out.

Turns out people enjoy the irreverent sense of humor behind these spots. After millions of completed online views – it’s safe to say these spots grabbed people’s imaginations and helped establish a positive relationship with Toyota’s brand. It’s a smart campaign, a fun one to produce, and think about – and we’re glad the team at Saatchi & Saatchi brought us in to collaborate on it. 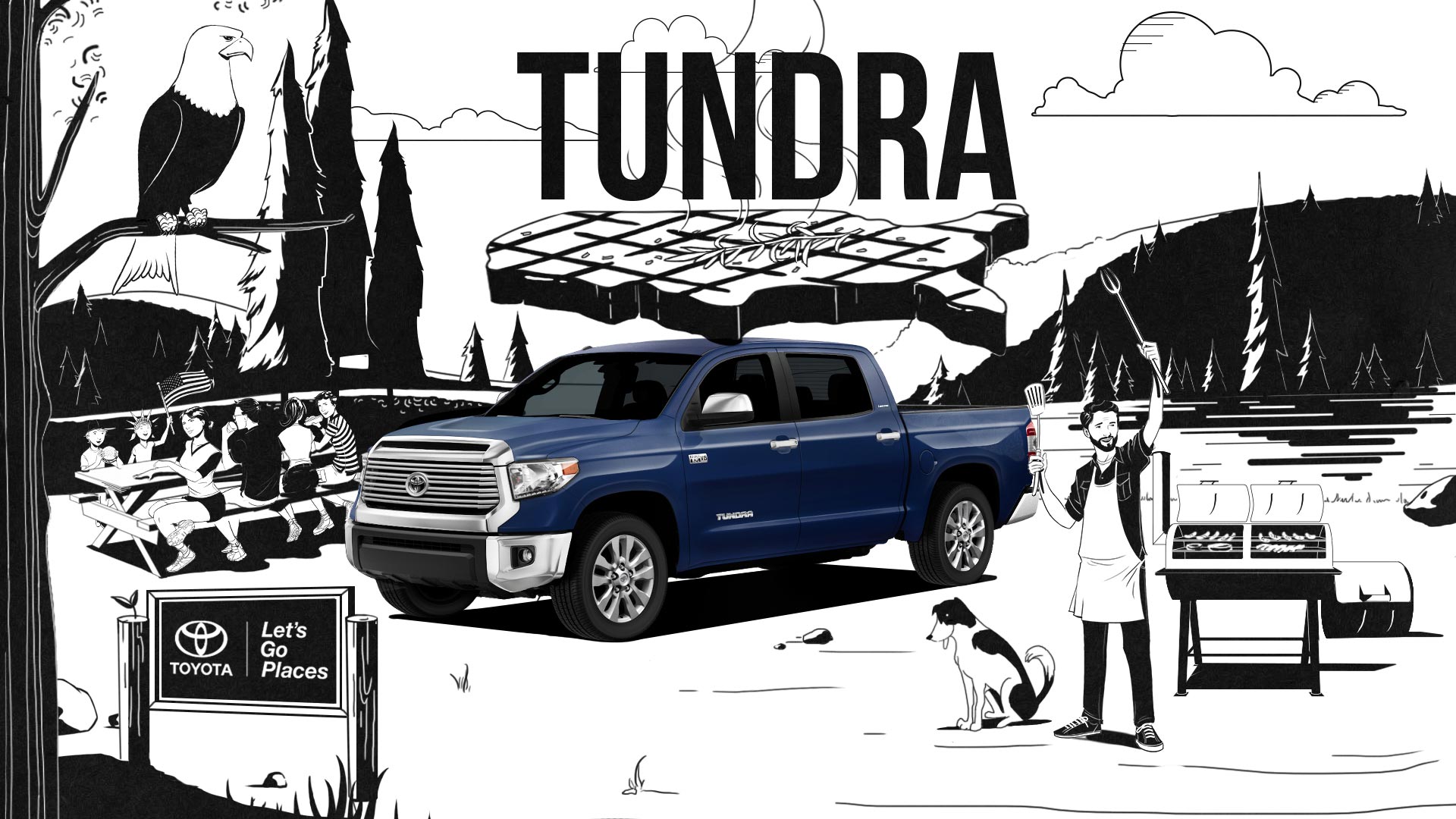 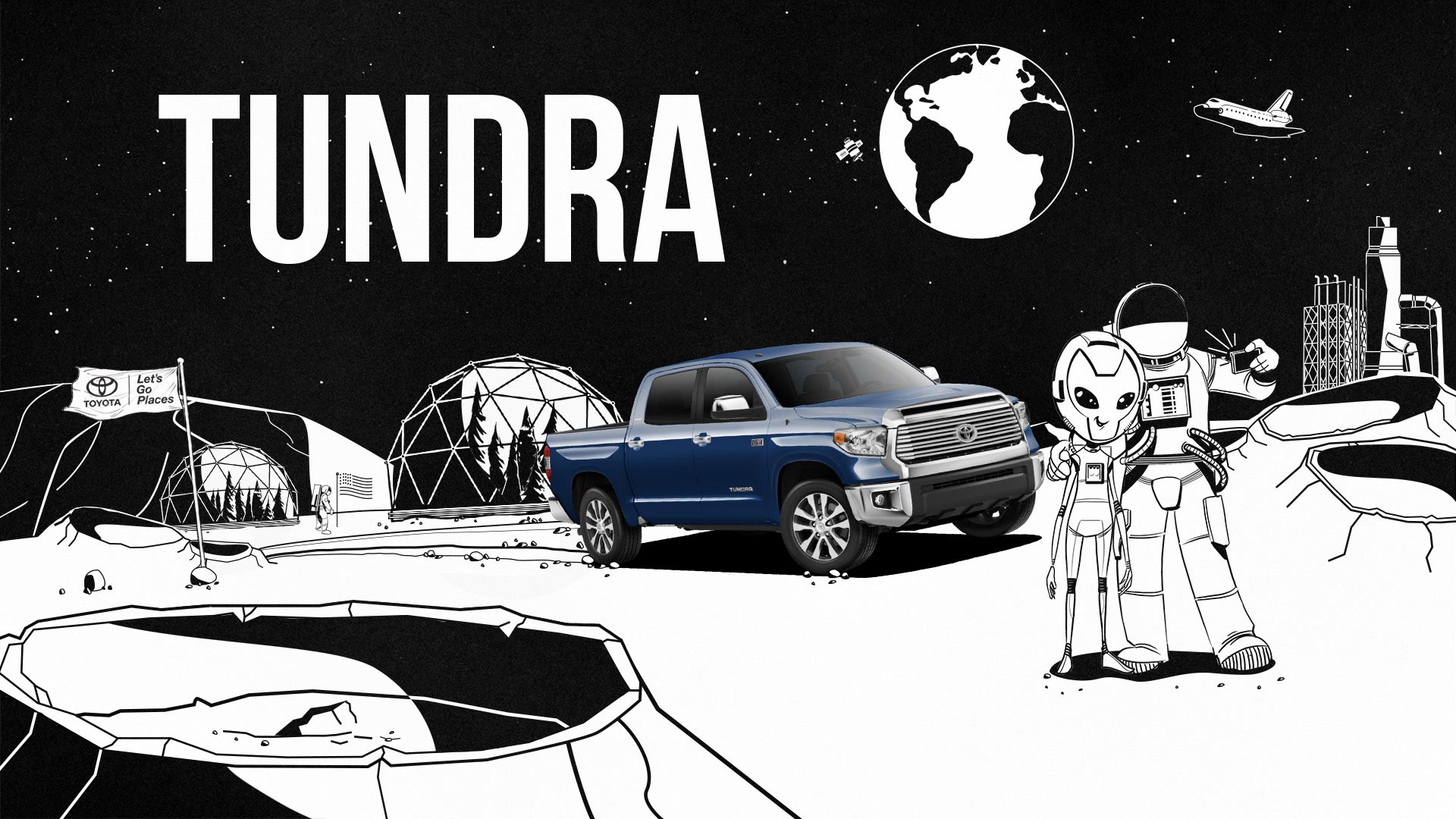 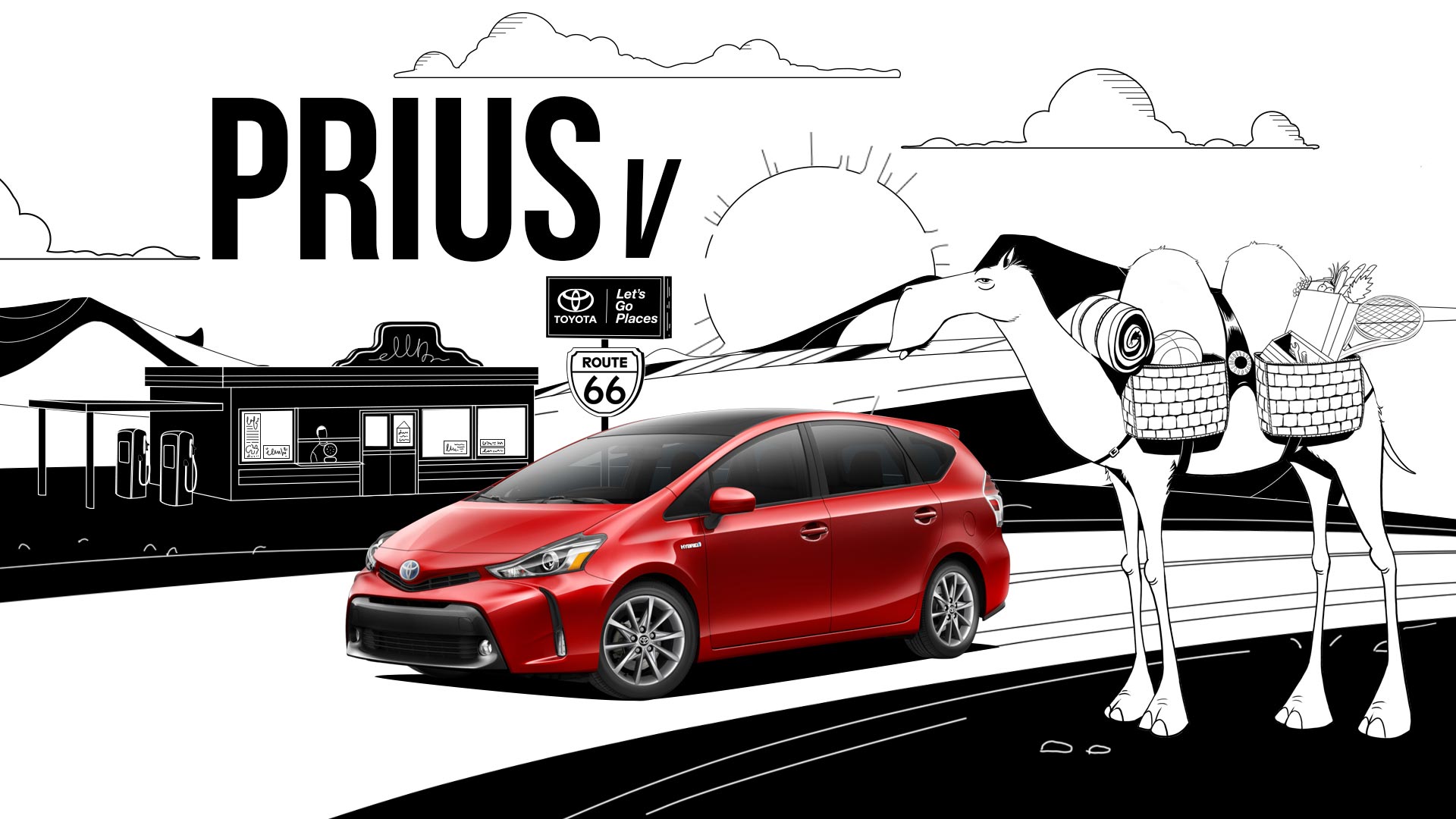 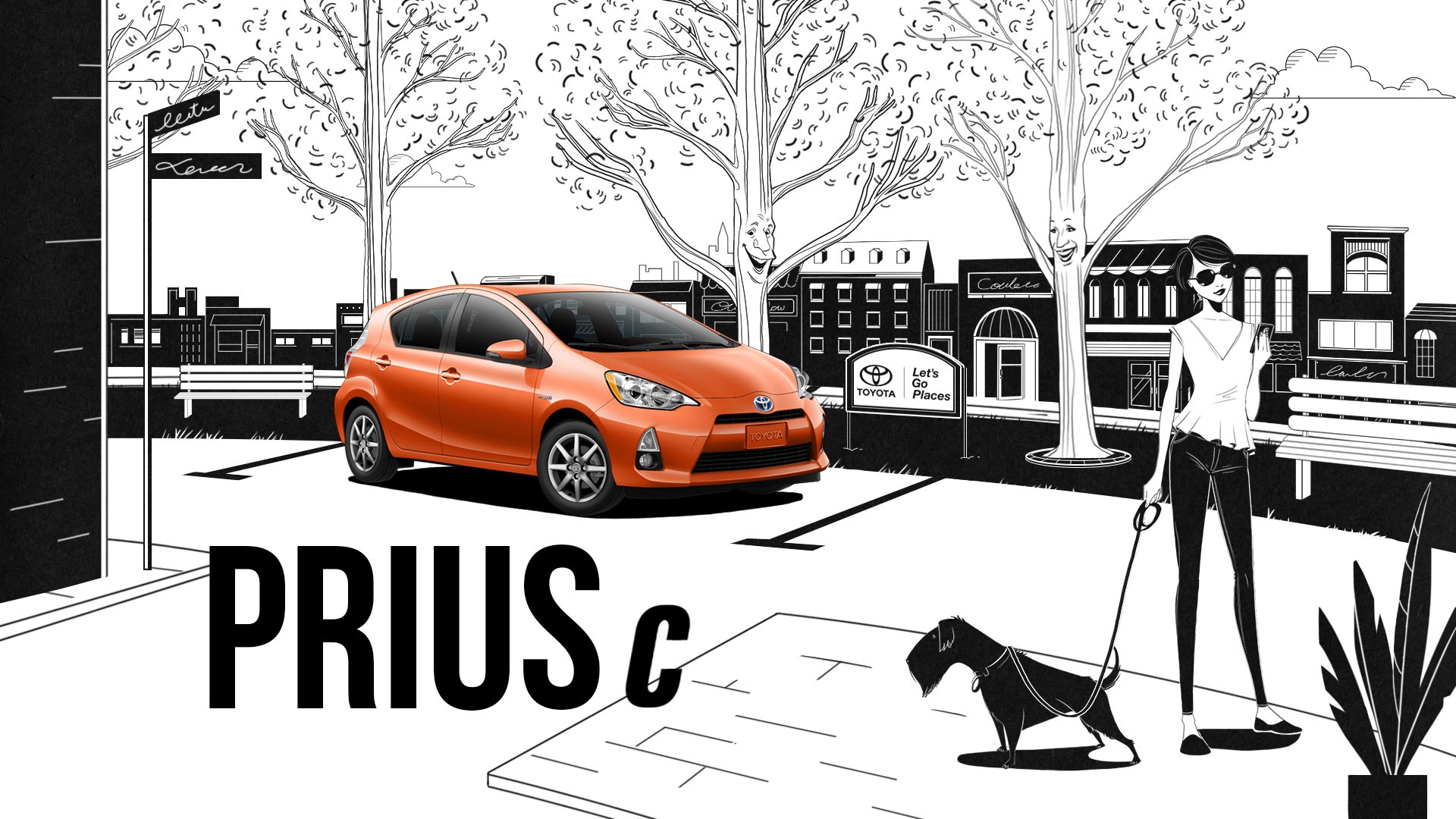