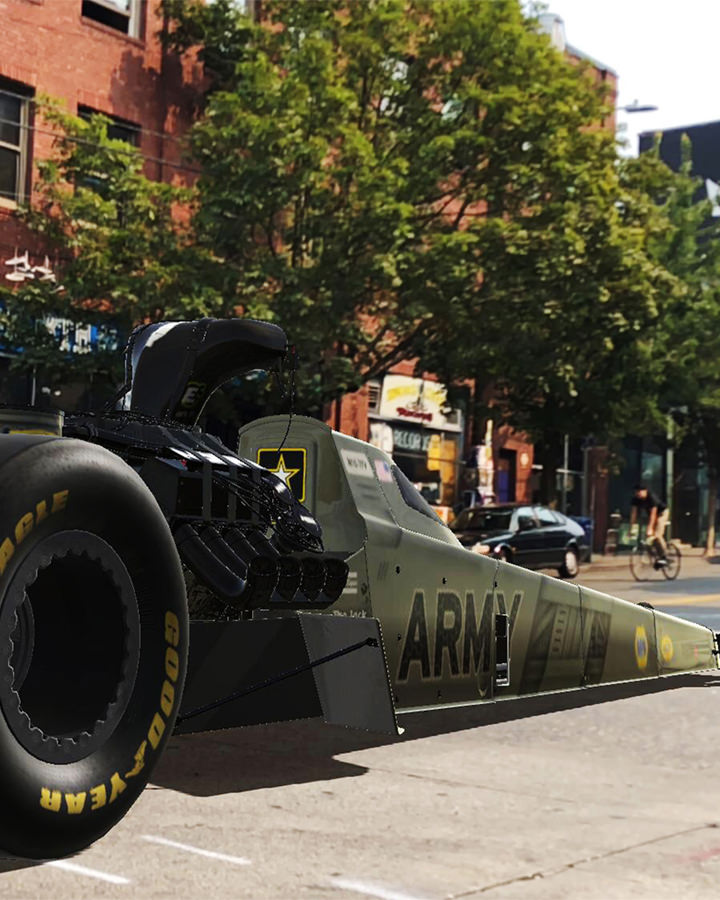 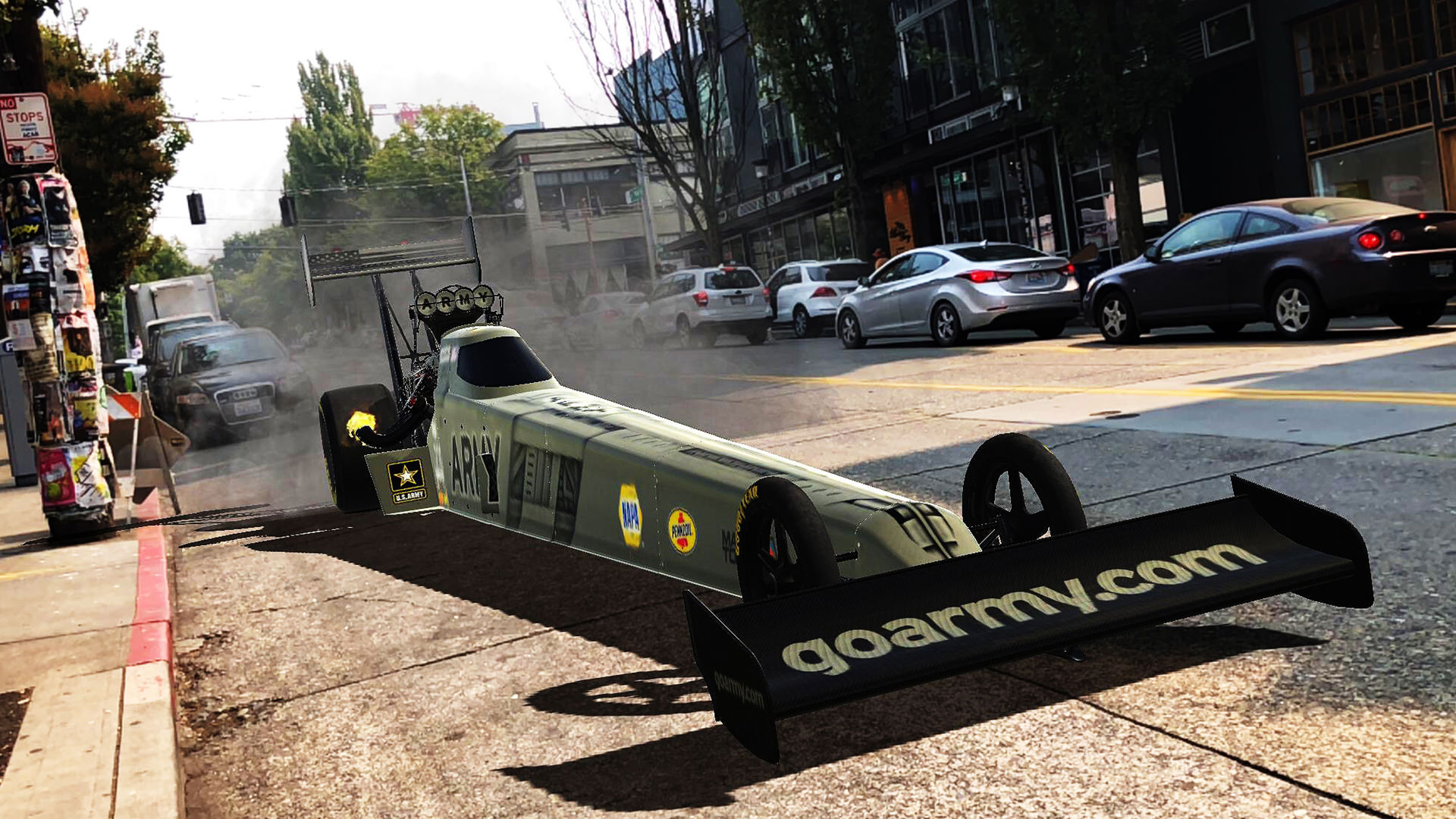 These drag races are crazy. The racers are dragstrip daredevils in fireproof flak suits and can pull upwards of 4 Gs just getting off the starting line. That’s not even accounting for the fact that the vehicles alone can accelerate to 350MPH in 3.6 seconds. This is one wild race, and a public outreach the US Army had a stake in.

Momentum Worldwide brought us into the conversation after the Army had expressed an interest in using AR technology to help educate and impress the attendees of these races with information pertaining to the dragster and their custom trailer. The ask was for a standalone app for both iOS and Android that could be used to help bring this specialized sport to life for people everywhere.

Unsafe at any speed

Our concept developmental phase kicked off with a good R&D session that only cemented our assumption that none of us could actually drive one of these things. In addition to that, we also kinda wanted to sit in the driver seat, so we opened it up and gave the illusion of taking the wheel. Turns out, most of us couldn’t even fit in the damned thing either!

Developing an AR app for both iOS and Android meant taking advantage of both AR Kit on iOS and AR Core on Android. When we started this project, the two development kits had only been out a couple months. Our pipeline had our modeling and texturing team creating a photorealistic model of the dragster and then handing off to the implementation team on both platforms.

We developed a user experience for placing AR content that was quick and intuitive. Once the dragster was placed in your world, you could scale to fit or blow it all the way up to its actual scale. These things are much larger than you would think. An exploded view of the dragster reveals all the pieces that go into it including engines and electronics. Corresponding media was attached to hotspots around the dragster for additional information. 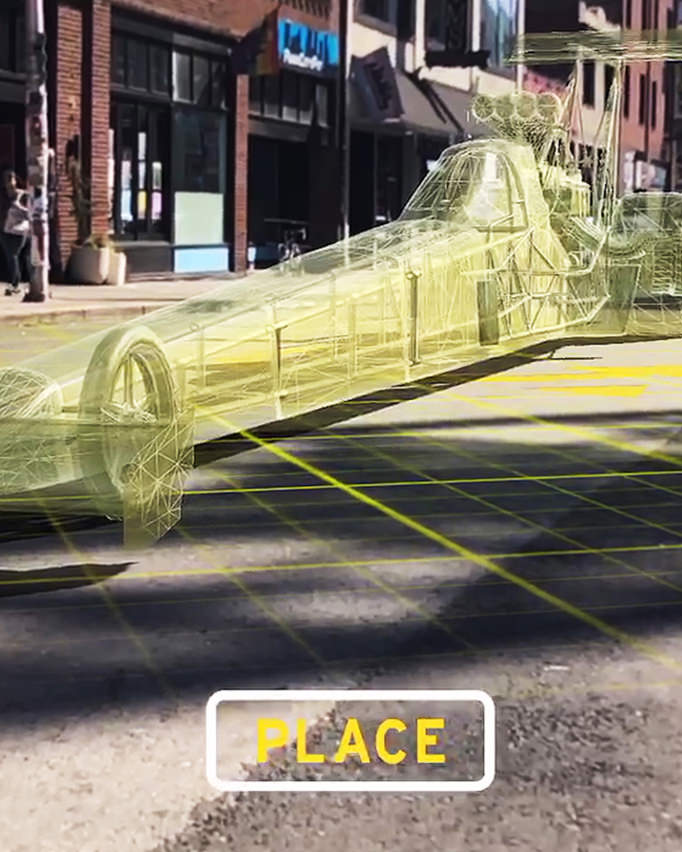