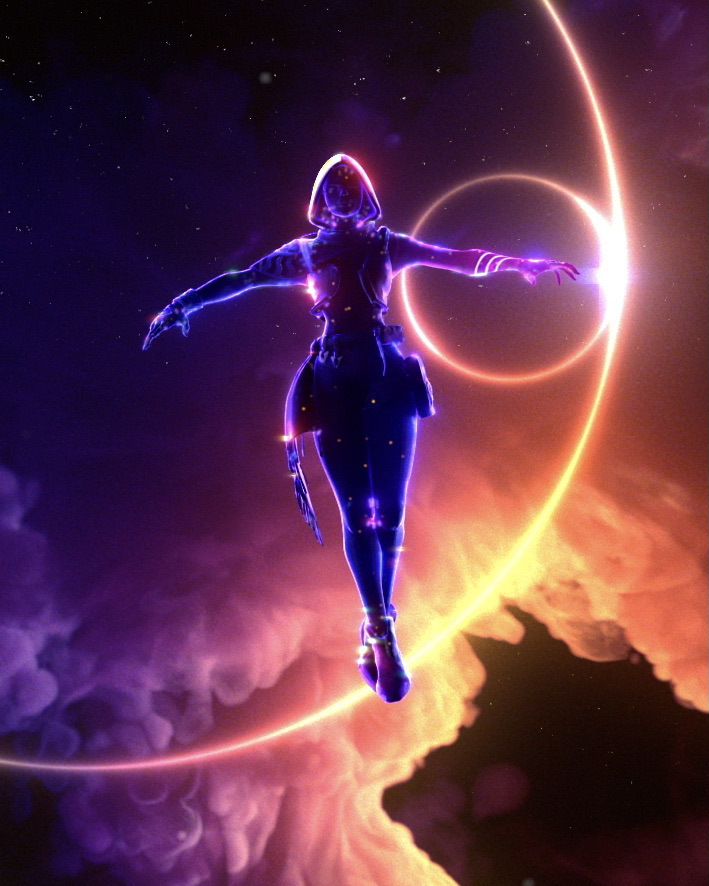 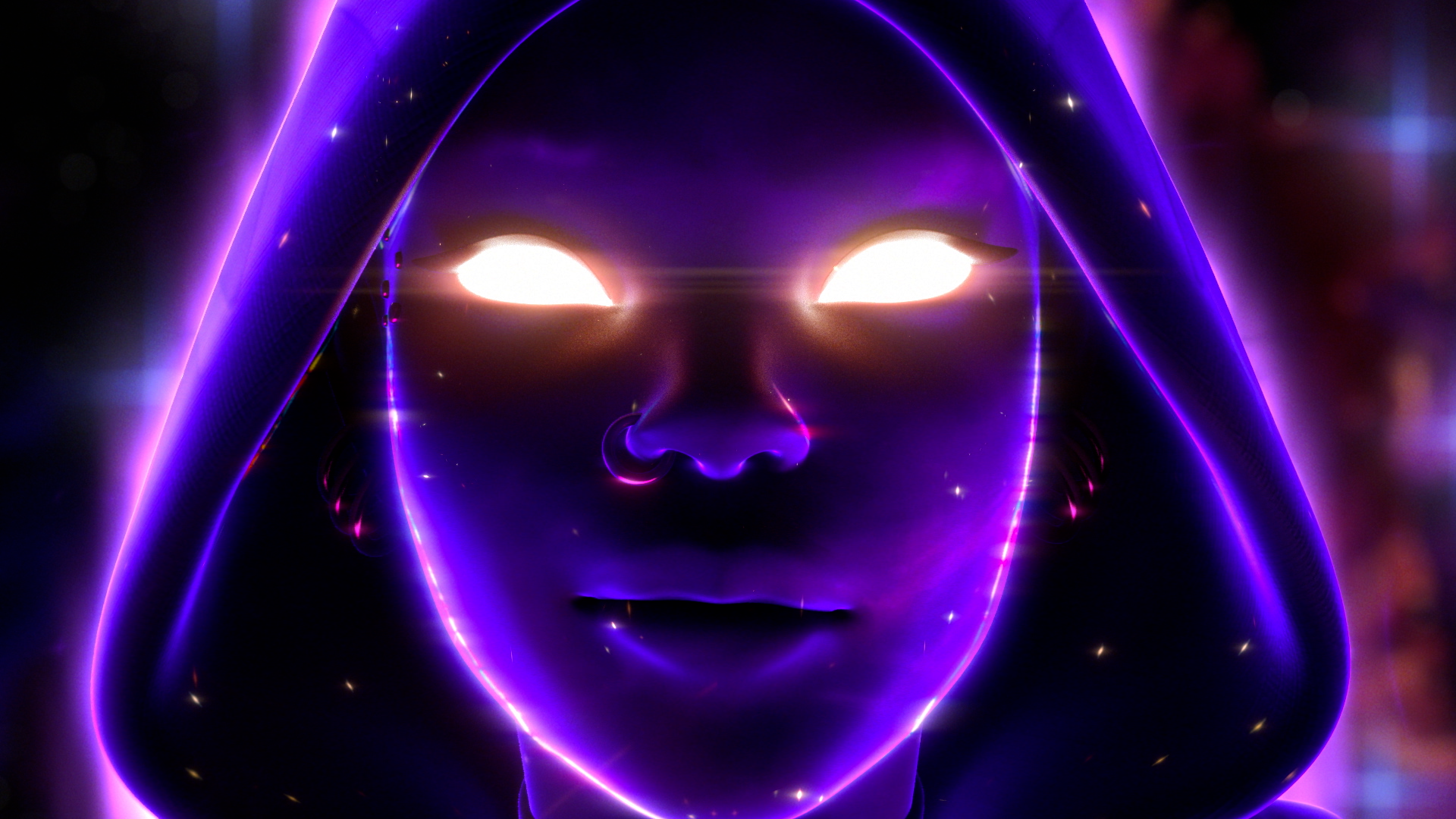 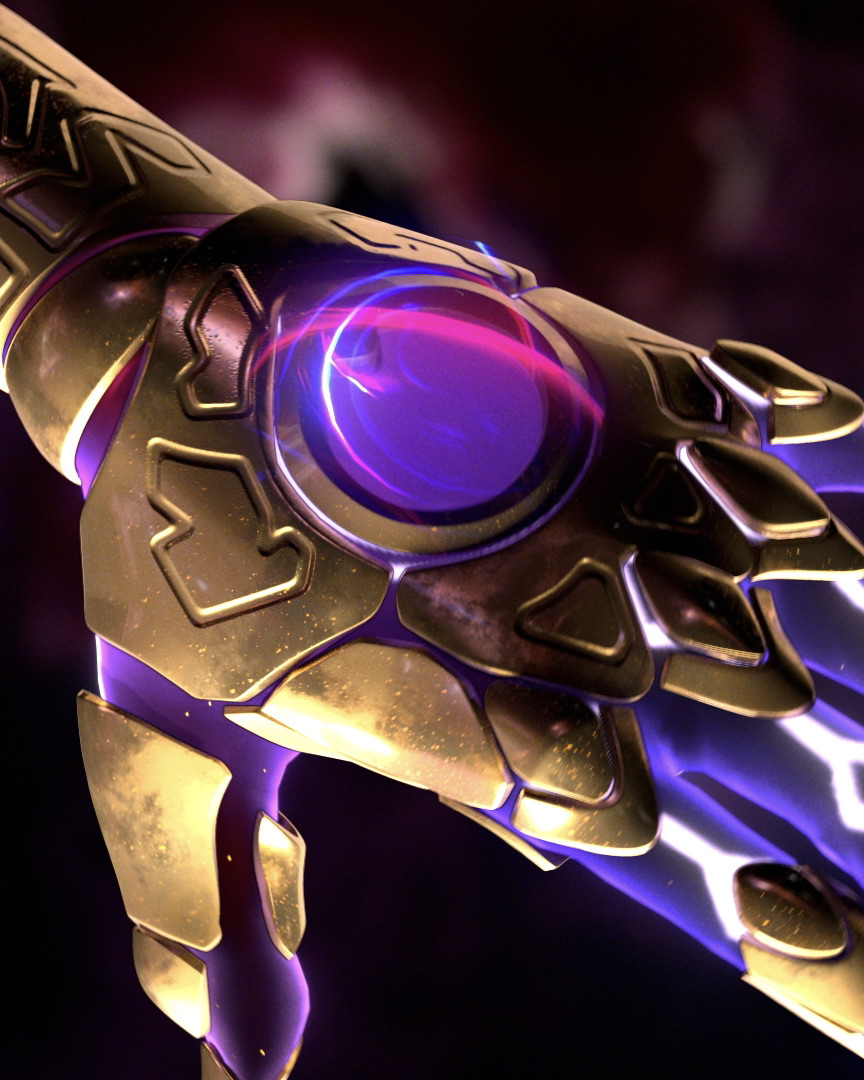 We Are the Interdimensional Travelers

To say that VALORANT’s latest addition to their Agent lineup is anything less than OP—that is, overpowered in gamer speak—would be selling the Ghanian badass a bit short. Touched by the gift of Radiant abilities from an ancient spirit in the waters of Lake Bosomtwe, Agent Astra is connected to a lineage of celestial guardians that travel across different dimensions to uphold the integrity of the multiverse.

She’s an otherworldly being of cosmic prowess who snapped up our attention the minute Riot revealed who she was. The ask? A character reveal trailer that would ring in the launch of VALORANT’s Act 2 Episode 2. Prepare to harness the power of the cosmos.

Unlike Yoru’s agent reveal trailer, Riot approached us with the project while they were still knee-deep in developing Astra’s character design. The task soon became a collaborative effort where we brought Astra to life for the teaser, while Riot breathed life into her for the game.

Astra is a Controller type whose main abilities allow her to astrally project herself above the battlefield and see through reality to dominate maps during gameplay—pretty much someone who should be listed under Kismet’s family tree, except she traded her corporal green with purple. Poised to become another musically-driven personality piece, Riot’s intention for the trailer was to embrace Astra’s aesthetics of galaxy and space in a way that leans into her interdimensional domination. How could we pull this off in a way that successfully finds the middle ground between her gameplay look and the hyperreal version of herself? 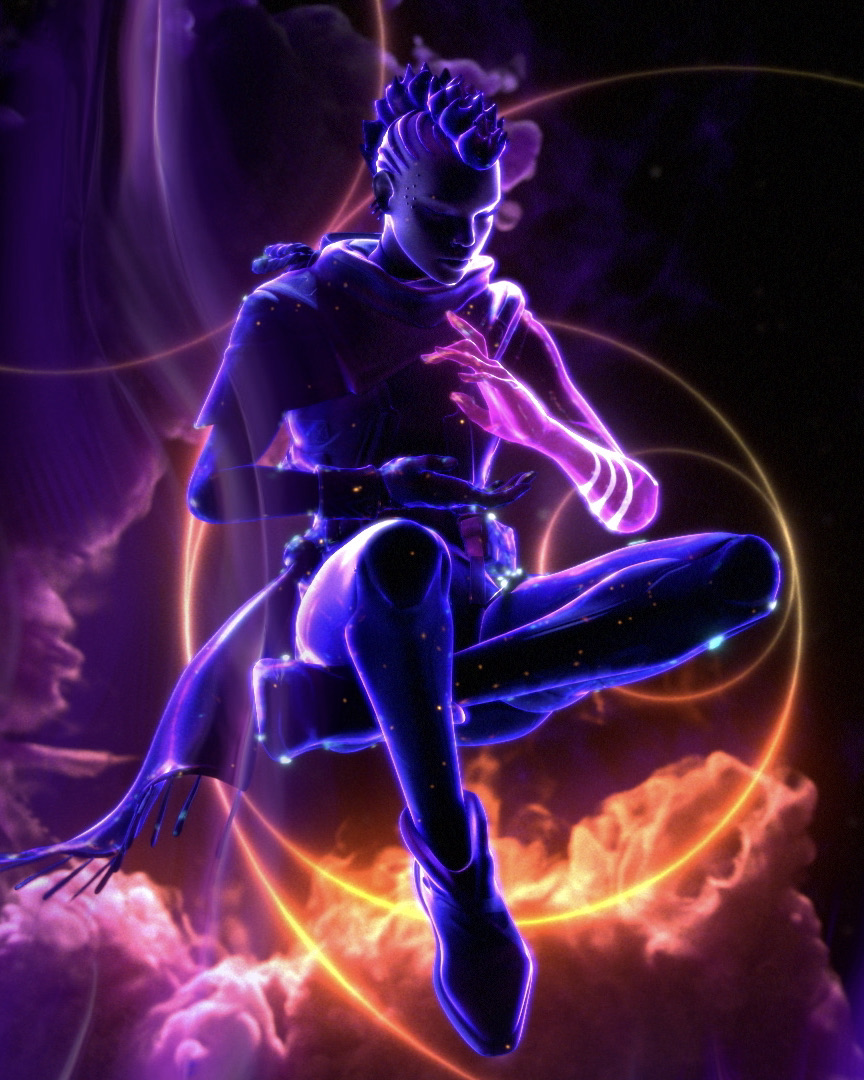 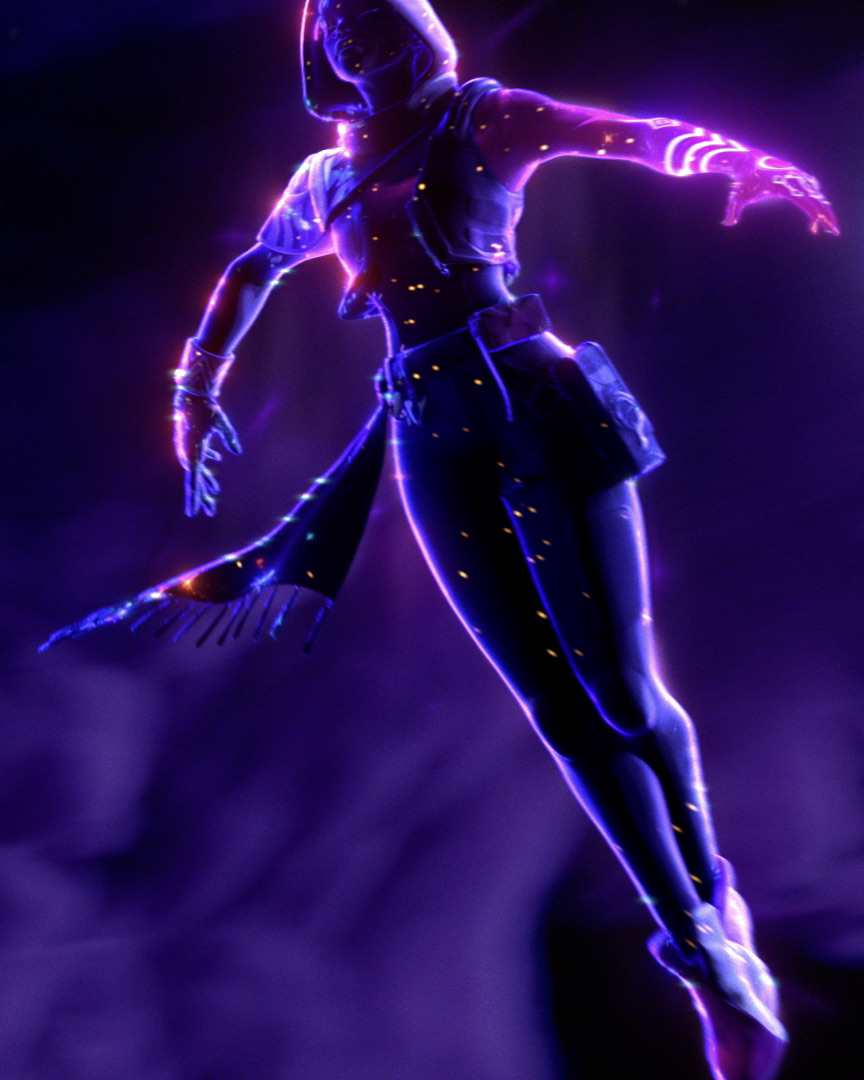 An intro, outro and CG cut-ins made for plenty of time to show off her design and mischievous personality. Her luminous golden arm twists and turns to reveal a purple nebula for a body, she’s suspended in mid-air as she astral projects in a peaceful yoga-esque pose, she overlooks and interacts with a map as if she’s about to checkmate her opponent the Beth Harmon way. All the while, snippets of her voiceovers reveal her confident and mischievous nature as the hyped-up hip hop track “Bullseye” by JessB plays in the background.

We developed a simple design system with a few geometric shapes connected to religion and myth, such as concentric circles that display her connection to ancient forces. The outro depicts her smirking back at the viewer in her aspirational hero pose — she’s a powerful, enigmatic multiverse traveler who is not to be underestimated. Watch out, Doctor Strange. There’s a new sheriff in town.

Another One Bites the Nebula

Ringing in our second character reveal trailer with Riot, the YouTube video on VALORANT’s Official Page brought in over 1.6 million views in its first 24 hours. The launch of Astra alongside Act 2 Episode 2 brought international excitement to the world stage. Watch out for us delivering back to back dubs as we lead our team to victory with Astra at the helm. 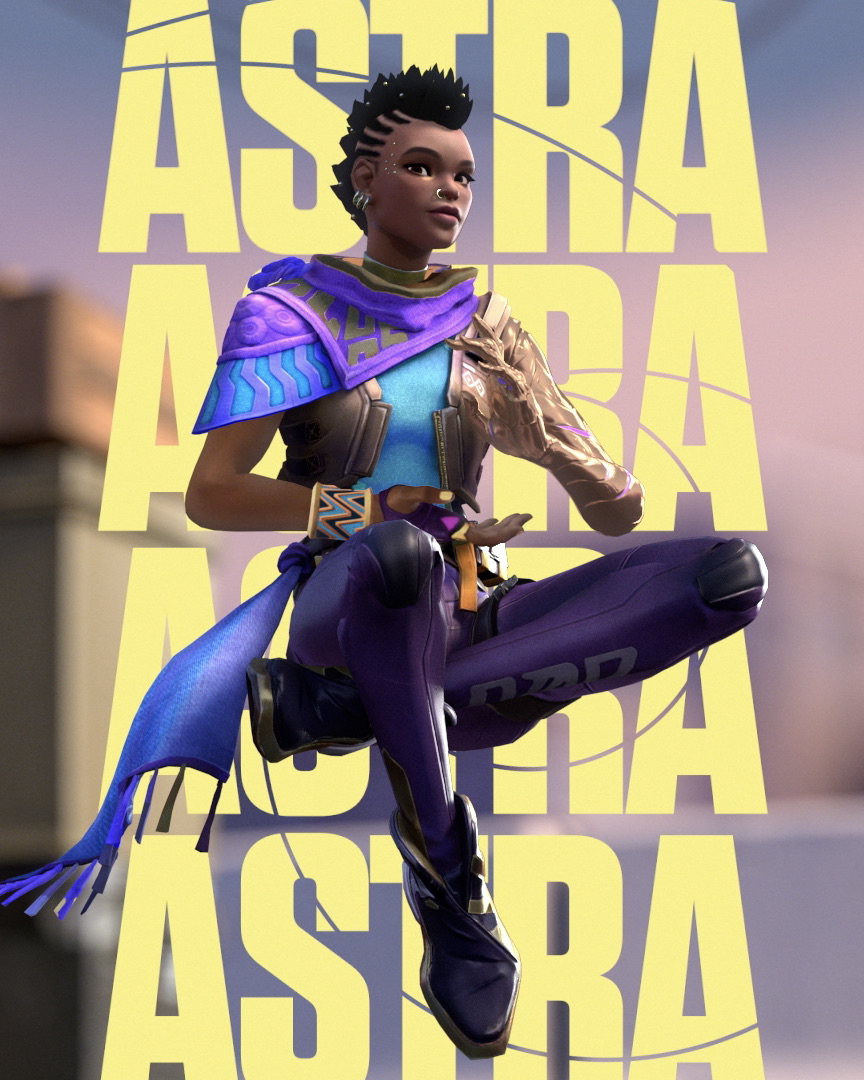